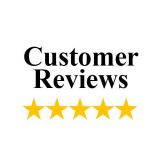 I had to give this to my daughter for 7 days while on antibiotics, I found that this product cause less congestion than dairy as its gentler on the digestive system than cows milk and I did read that in general babies have less allergic reactions than with cows milk, so I went for this and was pleased. My daughter was 5 months when I purchased this. Recommended over cows milk.

I tried this to see if it would have any affect on my baby’s colic. Sadly it didn’t(although it did eventually sort itself out on its own). The formula tastes alright (I gave it a go out of curiosity), and it’s easy to mix. (It is frothier than normal formula so it’s easier to put the water in before the powder.)

I was skeptical at first but this stuff really works. Our baby has much less winding in fact winding has been virtually eliminated since we put him on this. The infracol and gripe water has barely been needed. Very pleased with this product. Happy baby = happy parents.

This stuff is easy to mix, doesn’t form clumps. It has a little measuring spoon in each tin. There’s a flat edge on the inside of the neck which you use to flatten the top out for correct measurement.

It’s easy to make and my son said he likes the taste.

Goat milk formula contains more short and medium fatty acids, making it easier to digest. The difference between this and cow’s milk is that cow’s milk has longer fatty acids, That just create more work for baby’s unprepared digestive system.

While both goat milk formula and other kinds contain lactose, goat’s milk has less (about a half a percent difference). Cow’s milk, loaded with lactose, is oftentimes the culprit when people have gas, bloating, or other digestive issues.

Goat milk formula contains selenium! This is a great mineral to help support the immune system and give the baby that extra boost they need. It makes sense that any mother would want to protect their child from sicknesses.

Goat milk formula is filled with various nutrients that are essential to your baby’s growth and development. It contains 35% of calcium requirements, And that is just in one cup! It also is a fantastic source of riboflavin, phosphorous, vitamin B-12, protein, potassium, and more…

Cow’s milk may be known for calcium it provides, but that does not mean that goat milk formula does not! Goat’s milk is remarkably high in calcium. This is great news, as you can get the benefits of cow’s milk without the additives and extra hormones.

If your baby is having digestive issues or has limitations regarding absorbing vitamins and minerals, goat milk formula can help boost and support their metabolism! Goat’s milk has been shown to increase one’s ability to metabolize minerals like iron and copper, particularly among those with other digestive issues.

Goat’s milk is smoother in many ways than cow’s milk, and it does not cause inflammation. If your baby is suffering from bowel inflammation, goat’s milk is the obvious choice. Between the nutritional benefits and the digestive ease, goat milk formula may be an excellent choice for your baby. It goes down easier, and there is nothing harmful that may inflame your baby’s insides.

It is undeniable that there are problems with the agriculture industry when it comes to livestock. The conditions in which cows are kept are often unsatisfactory and harmful. It is important to remember that animals are just that: Animals, and not products just for human consumption.

We are extending this invitation to all Europe pharmacies, baby food outlets and suppliers, food wholesalers and distributors.  Deliver Europe’s best goat-based baby formula to your local clientele with:

Danalac Goat Milk infant formula is a goat’s milk-based powdered formula, intended for babies from birth up to 36 months of age.

Goat milk is high in taurine amino acid than in cow milk (Ulusoy 2015 ; Rutherfurd et al. 2008; Belewu and Adewole 2009). Taurine is important for body growth and brain development, formation of bile salts, modulation of calcium flux and the stabilization of membranes as an osmoregulation elimination of toxic substances. Deficient of Taurine in humans results in retarded growth, epilepsy and cardiomyopathy (Ulusoy 2015 ; Zenebe et al. 2014; Silanikove 2008). 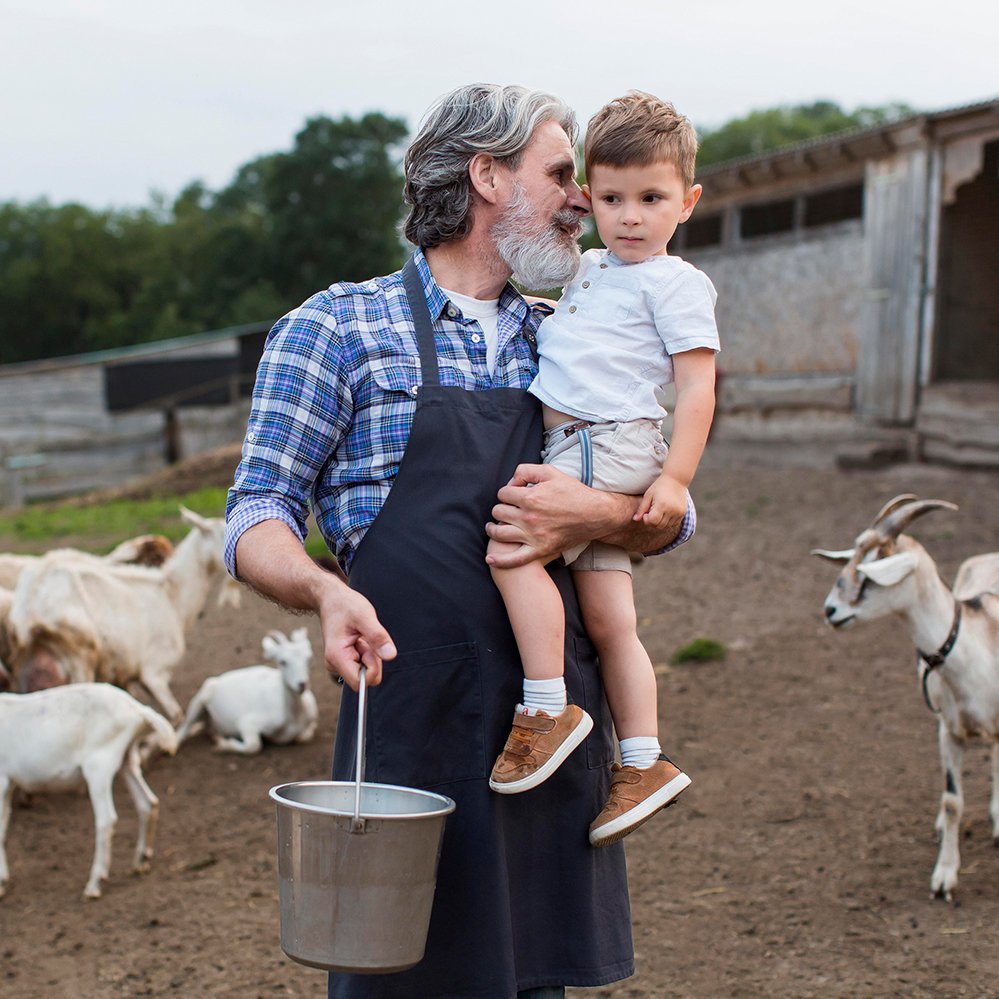 Intolerance of cows’ milk is often due to the proteins; in particular alpha-S1-casein. One of the reasons goat’s milk may be better tolerated by some people is because of the lower content of alpha-S2 casein (goat’s milk contains about 89% less alpha-S2 casein than cow’s milk).

Other characteristics of goat milk proteins are their structural conformations and the amounts and subtypes of micelles, which are smaller (180 nm) than those of cow milk (260 nm) and similar to those of sheep milk (193 nm).

These differences might help explain the soft curd-forming properties of goat milk, as well as its better digestibility.

People’s intolerance of cows’ milk is often due to the proteins; in particular alpha-S1-casein. One of the reasons goat’s milk may be better tolerated by some people is because of the lower content of alpha-S2 casein (goat’s milk contains about 89% less alpha-S2 casein than cow’s milk!).

The use of goat products was first closely related to a number of medical problems namely food allergies involving cow milk proteins. Cow milk allergy is relatively common during the first 3 years of life. Several studies report that the use of goat milk resolves 30 and 40% of the cases(Lima et al ,2017).

goat products have been claimed to be active on a wide spectrum of biological functions or diseases, including blood pressure and metabolic risk factors (coagulation, obesity, lipoprotein metabolism, peroxidation, gut and neurological functions, immunity, and cancer)

Goat milk is a good source of fats, which is nutritionally important and determinant for price milk (Haenlein 2007; Zenebe et al. 2014). Tricacylglycerol is over 98% (Kompan and Komprej 2012) and simple lipids such as monoacylglycerol and complex lipids such as phospholipids, sterols hydrocarbs and cholesterol esters are among the largest fats in goat milk.

Danalac Goat Milk Formula provide all the nutrients of GOS & FOS according to (EFSA,2014) and the proper dosage in order to support the immature microbiome of the infants. The inclusion of the GOS can also act as soluble decoy receptors to prevent the adhesion of pathogens to gastrointestinal epithelial cells (Akkerman et al ,2018).

Danalac Goat Milk Formula follows the (EFSA, 2014) and offer the proper dosage of Vitamin D3 in each stage to fully, support the infant during its growing procedure.

Danalac Goat Milk Formula follows strictly the guidelines and in each stage provide the proper dosage of vitamin E in order to support fully the antioxidant capacity of the infants.

Danalac Goat Milk Formula provide the proper dosage in order to support the coagulation disorders in infants, due to deficiency bleeding (VKDB) caused by inadequate prenatal storage and deficiency of vitamin K in breast milk.

Danalac Goat Milk Formula supplies the right amount of minerals according to the international standards to ensure adequate supply and protect against its deficiency in infants.

Danalac Goat Milk Formula attempts to mimic the nutritional composition of breast milk as closely as possible, to try to be a good substitute in such cases.

Danalac Goat Milk Formula formula manufacturer has been taken every effort to mimic the nutrition profile of human breast milk for normal infant growth and development.

Furthermore, DANALAC GOAT FORMULAS 1,2,3 may offer relief in allergic infants, while may be beneficial as an antipathogenic agent thus may prevent IBD and COLITIS (Lima et al,2017).

In addition, may offer nutrient in order to have proper neonatal brain development.

Several studies conducted have shown that goat milk can have beneficial effects on inflammatory bowel disease and disorders characterized by malabsorption. Goat milk, and its whey, and fermented goat products may reduce the risk of chronic disorders by anti-inflammatory and anti-oxidative effects. Additionally, goat milk and its derivatives can encourage the selective growth of bacteria that are part of the intestinal microbiota, with potential benefits on the metabolic, endocrine, andimmune systems. All these mechanisms suggest that the bioactive compounds present in goat’s products might have pleotropic effects(Lima et al,2017).

During the first months of infant life, providing optimal nutrition is critical, as the consequences of inadequate nutrition can be very severe.

Danalac Goat Milk Formula provides the ideal types and amounts of ingredients and ratios according to the recommendations provided by WHO, ESPGHAN, CODEX and other pediatric health entities to ensure optimal growth and development during this critical stage of infant’s life.

Many infant health hazards can be avoided with the proper selection of infant formulae. Some infants do not have enough natural reserves of iron to meet their needs. For that reason, the American Academy of Pediatrics (AAP) for example, currently recommends that iron-fortified formula be used for all infants who are not breastfed, or who are only partially breastfed, from birth to one year of age（Pediatrics，2018）.

Danalac Goat Milk Formula contains a relatively higher content of iron compared to other types of formulae and is a great choice in this aspect.

In general, Danalac Goat Milk Formula is a strongly recommended infant formula where breastfeeding is not possible.

It is also worth to indicate that, Danalac Goat Milk Formula does not contain any GMOs (genetically modified organisms), artificial flavours, preservatives, colorants, artificial additives, or gluten. Which makes it even more recommended as a substitute when breast-feeding is not possible.